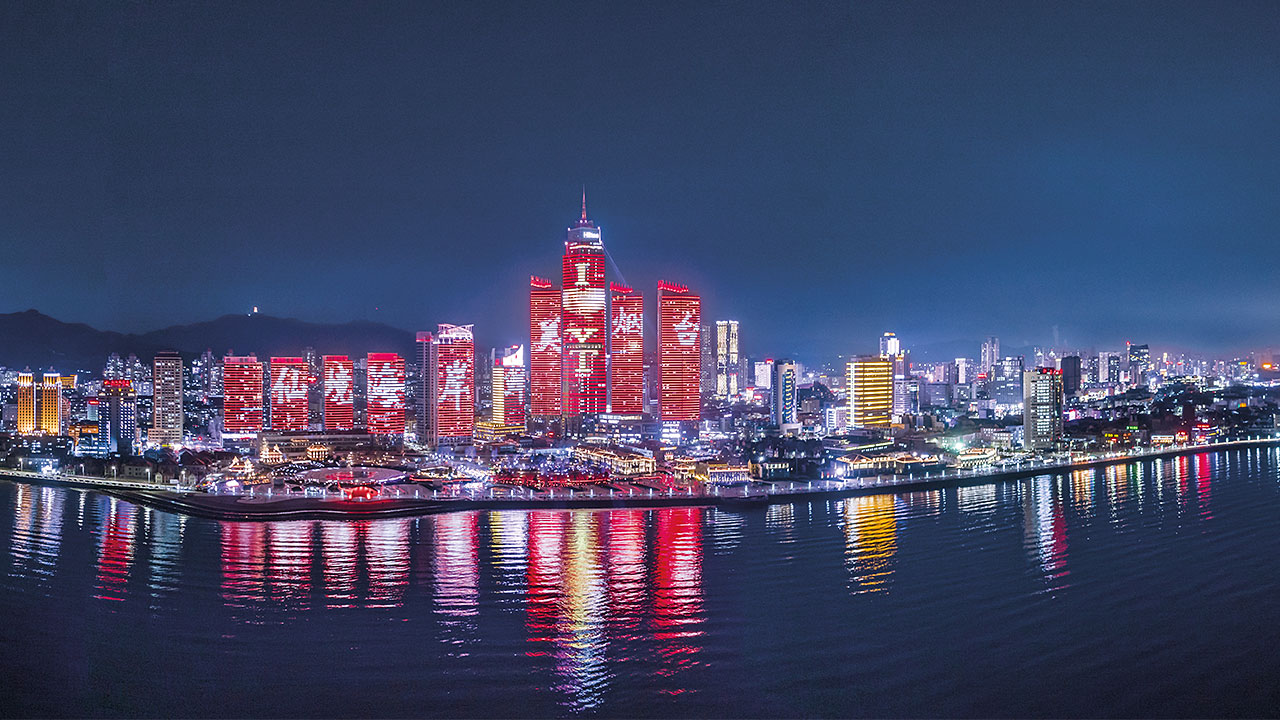 The City of Yantai

Yantai, bordering on the Yellow Sea and Bohai Sea, is located in the east of Shandong peninsula. It governs 5 districts, 6 county-level cities, two national economic and technological development zones, one national high-tech industrial development zone, one national bonded port area and one national nature reserve. The city covers a land area of 13,900 square kilometres and a sea area of 26,000 square kilometres with 1038 kilometre of coastline. It is a city that 7.118 million people call home. Yantai has won many titles including National Civilized City for five consecutive terms, National Model City for Comprehensive Management of the Public Security for seven consecutive terms.

Yantai is a prosperous city with competitive industries. As one of the cradles of China’s modern industry, the city has a complete range of industrial sectors, covering 37 of 41 main sectors. Now six industrial clusters including equipment manufacturing, electronic information, food processing, gold, modern chemicals and automobile have the annual output value over 100 billion yuan. There are 21 companies with their revenue surpassing 10 billion yuan and 47 listed companies.

Yantai is an open city with vibrancy. The city was first opened in 1861 and became one of the three major trading ports in northern China. After reform and opening up, Yantai became one of the first 14 open coastal cities in China in 1984 and one of the 15 pillar cities for the Belt and Road Initiative in 2015. At present, Yantai city has established economic and trade ties with all countries along the Belt and Road routes and established sister city relations or friendly cooperative relations with 31 cities in 17 countries.

Yantai is a city with abundant natural resources. Precious marine products are rich here such as prawns, sea cucumber and abalone. There are more than 69 underground minerals with proved reserves, among which gold reserves and production rank top in China. Yantai apple, Laiyang pear, Yantai cherry and Longkou vermicelli are renowned products at home and abroad.

Yantai is a favoured destination. It is a brilliant city with time-honoured culture. Yantai is a base for Jiaodong culture and Jiaodong revolution. The Marine culture, folk culture and revolutionary heritage have unique charm. It is the National Famous Historical and Cultural City and the only International Vine and Wine City in Asia.

After Stavanger and the city of Yantai became friendship cities in 2018, the two sides have carried out positive cooperation on fields such as oil & gas, aqua farming, education, tourism, etc. This year’s smart city seminar will inject new impetus to the collaboration of the two sides.